10 years ago SBC offloaded the Oasis 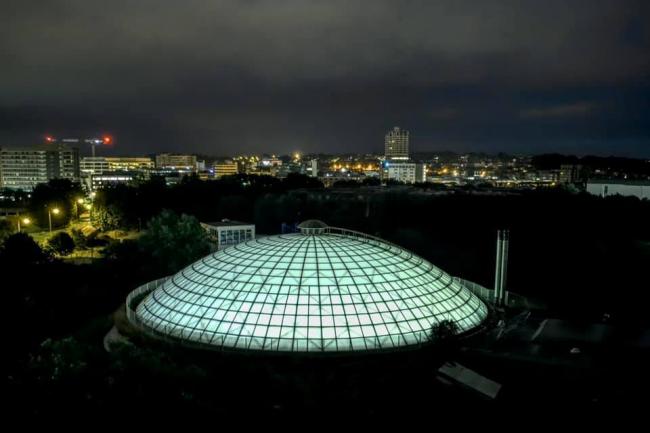 10 years ago SBC sold the Oasis – well all but – and with it a special piece of Swindon’s soul.

10 years ago SBC offloaded the Oasis: The article reports that a developer, Morai Capital Investment Ltd, had signed a £65m deal that would see a water park and concert arena built. During the first phase of the scheme the distinctive domed roof of the Oasis was set for replacement.

This much-trumpeted development was going to create 1,700 jobs with work starting that summer.

SBC granted Moirai four long-term leases coving the Oasis and the former Claire’s equipment warehouse site. Under the terms of these leases, unmet targets in delivering the new facilities gave the Council the right to take back the leases. Note the ability to take back leases appears sadly absent with the Faustian pace they made with SevenCapital.

The Council stated that they hoped the development would comprise a ‘major regional leisure destination’. One that would attract an estimated four million visitors a year.

Now let’s fast-forward from that date to this. Much has happened in the intervening DECADE  but none of it comprises redevelopment. It’s a shambles of a situation and several heads ought to roll.

Despite the fanfare, Morai achieved zilch. Not a sod of earth did they shift. So, in 2014, SBC got into bed with another developer, SevenCapital. In a stroke of genius they awarded 7C a 99-year lease sans take-back clause. Go figure!

Here are we now then – TEN YEARS on – with all dreams of a snowdome melted away and our iconic Oasis lying empty and idle. Two inter-related and chronically chaotic situations.

Both the Oasis and Swindon deserve so much better than this, with Covid becoming an excuse to do nothing. The same applies to the museum and art gallery too.

Were it not for the shining lights of the Richard Jefferies museum and the Museum of Computing, Swindon would, museum-culturally-speaking, be as stagnant as the water left in the Oasis.

So much for the major regional leisure destination then eh?

TEN long years – and NOTHING to show for it.

A bit about the listing and where we are now

In recent months, in response to our communications with SevenCapital, we’ve had:
a) We’ll have something by the end of Feb. That came and went.
b) Then, in the run up to the local elections, Cllr Renard announced that plans were coming ‘imminently’.

But purdah and the election came and went – as did anything that might resemble ‘imminent’. So we wrote to SevenCapital again for an update. Back came what amounted to waffle and twaddle, not saying anything much at all and blaming the listing. AGAIN.

So – in response to that, the 20th Century Society wrote to 7C themselves offering their support, expertise etc. That letter is below:

In response to that, 7C sent a reply which pretty much said ‘p!ss off’:

The reply TO that FROM the 20th Century Society to 7C is below:

THAT’S THE COMMUNICATIONS BETWEEN THOSE TWO PARTIES SO FAR.

Meanwhile Robert Buckland had a meeting set up with Damien for Wednesday 18th May at Westminster. To equip Robert for the meeting the campaign sent across questions, points for discussion, all these
communications etc, etc.

NOW – Robert had something urgent come up and asked Damien if he could meet 30 mins later. It seems that wasn’t possible as D had another meeting – really? 30 mins later? He wasn’t having a long mtg with Robert was he? – not sure we buy that but anyway … the meeting is now scheduled for the 9th June. A good month away …

Now, we’re not saying categorically that SevenCapital are deliberately delaying things. We couldn’t possibly say that.

But we can suggest that, maybe, it’s possible, SevenCapital are deliberately playing for time. As to why that might be …well … a good reason for denser housing to cover the costs perhaps?

SevenCapital are not choosing between heating and eating anytime soon. And there is funding for listed buildings. It’s crap.

OTHER THINGS TO NOTE AT THIS JUNCTURE

Let’s say, for the sake of argument, 7C ARE using delaying tactics – well SBC’s continuous deflection & passing the book to SevenCapital whenever the campaign has tried to get answers has ABSOLUTELY enabled SevenCapital to carry on like this.

Had SBC – JUST ONCE – held 7C to account for anything – we could have a different ball game.

Remember that SBC all but gave the Oasis away with no take-back clause and apparently no consequences when the terms of the lease weren’t met – let alone basic, bloody maintenance.

OF COURSE both SBC and 7C blame the listing – that fits their narrative.

The fact that Swindon has listed buildings going to rack and ruin isn’t because they’re listed. It’s because of SBC’s lack of … energy, vision, interest … insert reason of your own here.

Milton Rd baths is Grade II* listed – it is getting funding and work done on it. Funding streams exist ONLY for listed buildings.

For a history of the Oasis go here: https://www.saveoasisswindon.co.uk/history/

And for more posts about the Oasis see also: https://swindonian.me/category/the-oasis/