Development over Heritage in Swindon 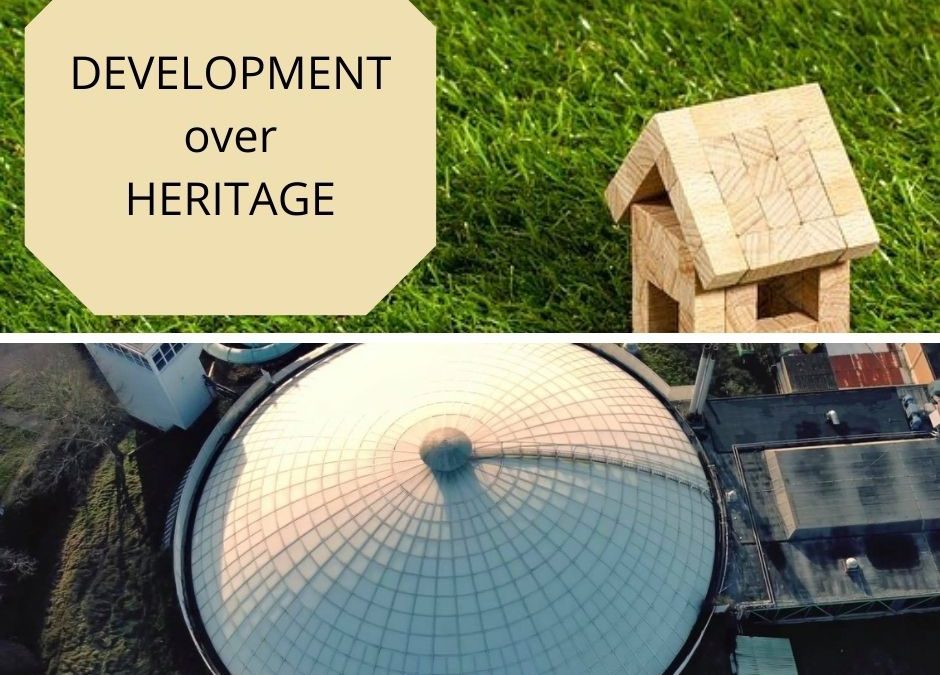 Development over Heritage
So, SBC have had a cabinet reshuffle and we now have a new Cabinet member for Culture, Heritage, Leisure and Town Centre Experience. You’d expect this portfolio to be about a Cabinet member with responsibility for safeguarding assets rather than demolishing them wouldn’t you?

Yet our communications with said Cabinet member reveals that the Oasis doesn’t fall into their portfolio. Instead it falls into an area where there’s proven emphasis on a keenness to turn the ignition keys of Billy the bulldozer! You surely don’t need us to spell it out.

Indeed, in the Swindon Advertiser in March 2021, Cllr Renard declared:
‘..Oasis dome is at the end of its life – it’s time for a modern leisure centre.’

Yet, if you’ve been paying any attention at all you’ll know that the dome is very far from being at the end of its life.

Further, in the same article, the Leader also said: ‘I for one, will be keeping my fingers crossed Historic England does not grant it listed status because it is time to give the Oasis a new lease of life and many more families treasured memories.’

LET THAT SINK IN. The leader HOPED that a heritage building isn’t listed!

What does that tell you about the value our council places, or rather doesn’t place, on heritage?  Doesn’t that tell you what we already know, that they don’t take heritage seriously and are interested only in development agreements. Now that might be something if any actual development happened. But it doesn’t. Well not on the Oasis site it doesn’t.

It’s now A WHOLE DECADE since SBC got into bed with Morai and later SevenCapital. And we’ve thus far seen NOTHING. More on that here.

The Oasis’ status as an architectural and cultural icon has been proven beyond question.

The Oasis IS a heritage building. Ergo it’s incumbent on SBC to protect it. IF NOTHING else it’s their MORAL duty.

But of course the whole development thing – and the neglect of heritage assets etc is more far reaching than this issue – the Oasis issue.